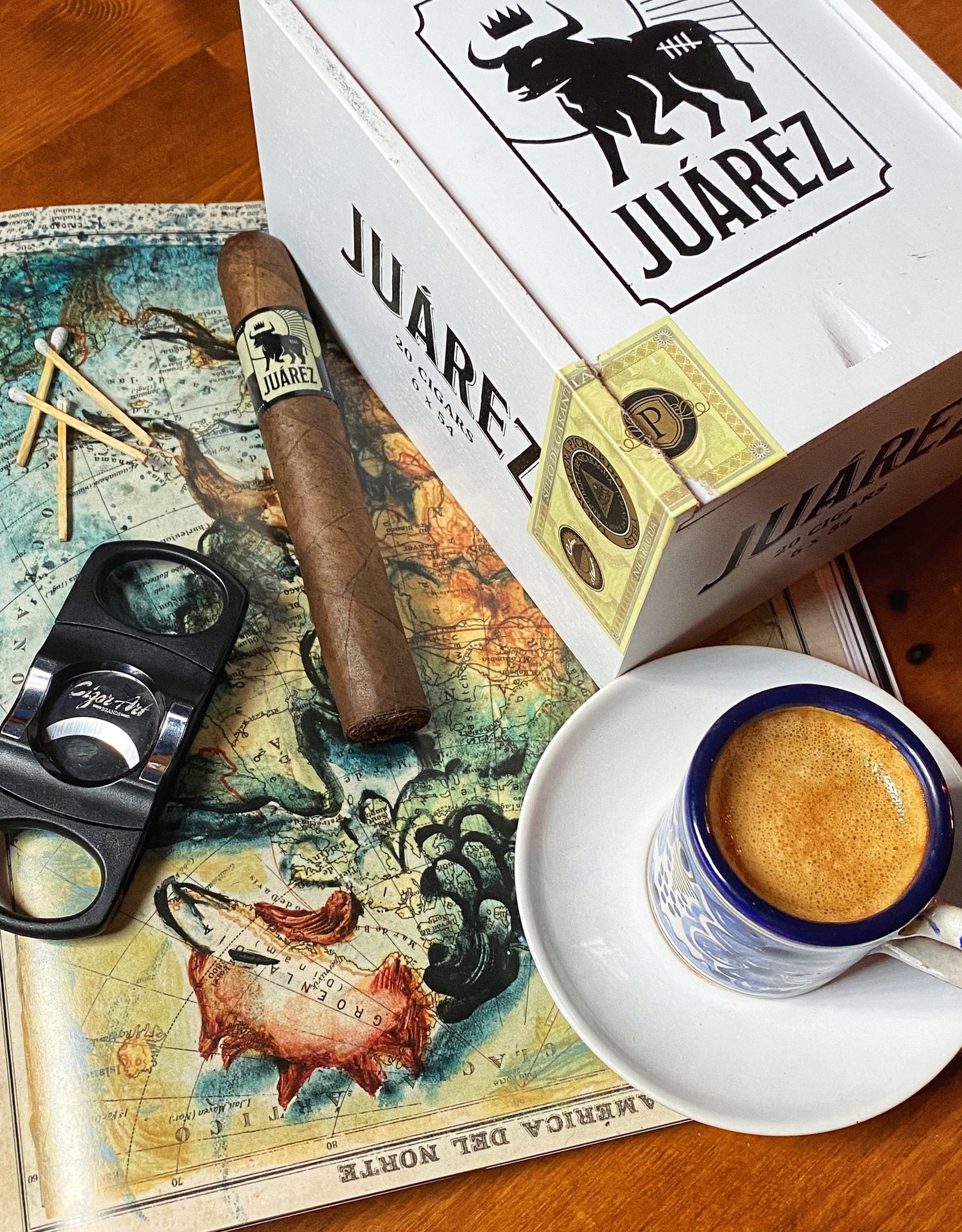 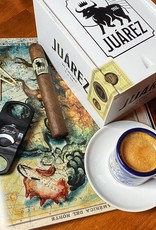 Made by little-known Nicaraguan factory Tobacalera Pichardo, Crowned Heads' "Juarez" has been produced a value-added alternative to their popular Jericho Hill line of cigars. Featuring a natural Mexican San Andres wrapper over an Ecuadorian Sumatra binder and filler tobacco from Nicaragua and the Dominican Republic. As for the name, it—like Jericho Hill—is inspired by Johnny Cash’s “Cocaine Blues.” The Juárez part comes from, “made a good run, but I run too slow; they overtook me down in Juárez, Mexico.”