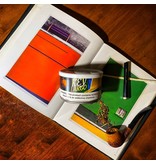 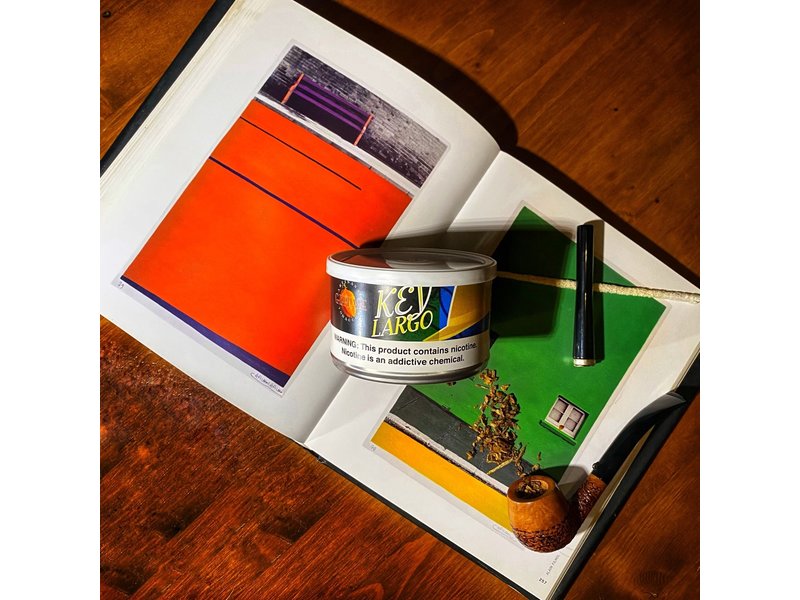 In the 15th April issue of the News, I mentioned a new blend, which at the time was "code named" Maduro Cut Cake. It wasn't a very imaginative name, though it was at least somewhat descriptive. A darkish blend incorporating a little cigar leaf, pressed into cakes, and sliced. See? Not very imaginative. But, it provided me something to call it, other than, "this new prototype with cigar leaf," and as I let people at shows sample it, the response was very positive.

Finally, some weeks later, a friend emailed me, writing, "Why don't you call it Key Largo?" It was perfect. A classic, in keeping with the theme established by Maltese Falcon, with a tropical feel, and there's more than a little cigar smoking depicted in the film.

Names lead to concepts which lead to artwork, and once again, illustrator and designer extraordinaire Daniel Bertalotto, of DOXA, did his usual fantastic job with the label art. I think it's really stunning. But, what about the tobacco? Now that it's finally on the shelves, I guess I should say a few more words about it here, for those who don't read the News page.

Key Largo is full of surprises. It's got wonderful, layered flavours of rich Virginias, oriental tobaccos, including a little Cypriot Latakia, and hints of earthy spice from the cigar leaf. It presents a creamy, delicious smoke, with a softer room aroma than might be expected from the ingredients. It's refreshing, yet full-bodied and satisfying. I've been enjoying the prototypes through three seasons, but it seems exceptionally well suited to our late summer smoking. This is a unique blend, and defies the usual classification. It's neither an "English Mixture," nor a Virginia, nor is it just another cigar-leaf blend, yet it offers something of each. Maybe someone else can find a pigeonhole for Key Largo to roost in, but I cannot.

I expect this one to age beautifully over at least the next couple decades. It'll develop increased fruitiness and complexity during the first year or so, and real magic will occur after five or six. And, yes, the coffee mug is available.